The purpose of our organization, the Game Preservation Society, as the name implies, is to preserve video games.  When we talk about this, we are often asked “What games do you choose to preserve? ”

We always have the same answer to that

Because it is so simple, the people who ask us often look surprised when they hear the answer. I know how they feel.

But that is the only logical answer to the question. If we are talking about Individual artworks such as paintings or any sort of craftwork, we can ask the question, “What do you choose to put into your collection?” And often that is the job of museums and such. But when we talk about what is (generally) a mass produced item, the ideal answer would be “All of them.”

This can be quite counter-intuitive.

Media art has a shorter history than traditional art but when people started to consider preserving them, it was too already too late and many works that should have been preserved was not preserved.

Let’s look at a few examples:

The mechanisms for practical use of movies were established during 1895-1896. They were initially used to display sceneries. But the development of various techniques made it possible to show fictional stories play out on screen.
But because of its role as entertainment, films that dropped in popularity were discarded without any second thought. It is said that in some cases, the silver used to produce images were recycled, allowing the film itself to also be reused. Their value as a piece of work was temporary.As a result, only 15% (at most) of the early silent films are left today.  It is a similar case in Japan, where less than 10% of Japan-produced silent films are left today.
In the States, because of copyright laws, there was a need for depositing paper copies of movies in the Library of Congress. So, many movies were revived from there. Even then, the majority of movies are lost and never to be seen again.
The critically acclaimed Yasujirou Ozu’s early works and the works of Sadao Yamanaka, who he held in high regard, are mostly lost.
The period in which movies started to be thought of as a subject of preservation may differ between countries, but it is no mistake that they were all after the 1930s. By then, it was too late. Recently, part of “A diary of Chuji’s Travels”(1927) was recovered, but that is a very rare case. One of the reasons is that the material used for recording naturally degrades after a length of time. 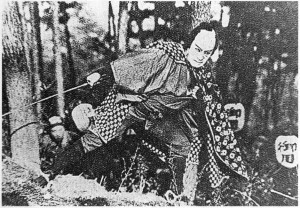 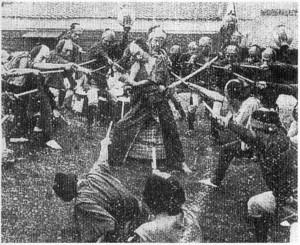 So did the TV industry learn from the mistakes of their movie counterpart? Unfortunately no.

Even NHK did not think of preserving their productions until the 1980s. The reason for that, however, is partly financial. The videotapes used then were expensive so TV studios were inclined to reuse them.

Much of the Taiga dramas, which cost a lot to produce, has not survived either. Most of them have the first and last episodes and, rarely, an extra recap episode stored in the archives, but that’s it. On the other hand, because the films of TV dramas and animation that were made with movie equipment couldn’t be reused, or they might have been cheaper, some old ones have survived till today.  For example the drama “Taiyō ni Hoero!”, airing from 1972 to 1986  is still being shown as reruns, as well as having its DVD released.

NHK is also requesting the recorded tapes, of some TV series from the 1970s to 1980s, from the public.  Unfortunately, VHS (the popular medium of the time) players had only been available on the market since 1976. So any TV programs aired before then has very little chance of resurfacing. As an exception, we have the first part of the “Shonen Drama Series” – “Time-Traveller” (1972). Its first episode was found as an open-reel tape which was a form of home-used recording at the time. The other four episodes, however, hasn’t been found. Its sequel suffers a less fortunate fate where none of its episodes have survived.

So, what is wrong with this state of affairs?

Is it simply that we don’t get a second chance to see what was lost again? No, because if people who think that way all pass away then nobody would be left to think of it as a problem.
So, naturally, that is not the issue.
Even without nostalgia, works of art can be of value even if times have changed. We can even find new value in old things. If the works aren’t preserved, that possibility itself is lost.
In cases that they were historically valued, if we cannot view it again today, there is no way to assess that judgment. The only thing that can provide that possibility is the work itself.

“Why haven’t they been preserved?” The answer to that question is multifaceted. It can be explained by economic reasons, but it may also just have been lost in a fire. Although extremely rare, there were cases where the film was deliberately disposed of because the lead actor/actress was involved in some sort of scandal. Other than accidents, the main reason would be that people thought it wouldn’t be needed ever again.
However, it has been shown that the value of a product can rise with some delay.
If the creator, or team of creators, has produced a highly popular piece of work, people will seek out their previous work. In the video game industry, “Metal Gear” is one of those pieces of work. The first in the series was made in 1987, its second in 1990, both for a console called MSX2. It never really got the chance to be in the spotlight until “Metal Gear Solid” was released in 1998. A few years after the success of “Solid”, coinciding with the rise of internet auctions, “Metal Gear” was being traded at fairly high prices.  Today, second-hand copies “Metal Gear” and “Metal Gear 2” are both being sold at prices above their retail price of the time. It is hard to imagine that in 1995, MSX games had close to no value such that nobody bothered to trade-in their second-hand games.

Let’s go back to our topic. Even famous games now might have experienced a period where they were considered worthless before people recognize their value.

What if they had not survived until the time comes? The cruel truth is that absolutely nothing could be done. If they don’t exist anymore, they cannot be evaluated, and are therefore just forgotten eventually.

That is why, to prevent that, we have to preserve ALL of it. The movie and TV industry failed to do so. “Value” may not necessary only mean monetary value, but if we knew for sure that by re-releasing a certain game, it would certainly sell, more often than not what is stopping us is that no copy of it exists anymore.

One more thing I’d like to add is that “All” has one more meaning. That is, “In preservation, we will not discriminate”.

Like I have said before, even if something has no value at the point of its release, that may not be the case somewhere down the road. But that is not all, we also do not wish to spend time discussing the value of things.

If we make that judgment not by sales but by content, it becomes even harder. Whether we decide to dismiss some because it has “Adult Content” or just plain “Boring”, we would need to discuss the standards for that. And there are no objective standards in this case. So we would need to discuss endlessly. While doing that we would not have time for preservation work. That is why we need to preserve “All of it”, to save time. Our National Diet Library also has the same philosophy. Although some books and magazines haven’t been preserved, it is only because it had not been donated, not because they made a choice not to.

Video games still have a short history, only 40 years. As with movies and TV, there has been a long period in which people think of video games as a form of entertainment that will not last. Furthermore, since the development of tech is very fast, by the first half of the 1990s, most of the works from a generation before had been discarded. In particular, 8-bit PC games are being highly valued recently despite the dirt-cheap prices it was traded at just a few years ago.

For video games, its creators and users are still very much around. Which is unlike movies whose viewers from the early days are no longer around and countless works have no hope to be rediscovered and doomed to be forgotten forever.  Even if they had been highly praised, we would not know its value just from articles of the time. Even if they were made by great directors, we cannot evaluate the work itself. The same goes for TV programs.

We struggle to prevent the same tragedy repeating itself in the video game industry. That is why I answer “All of them” to the question at the beginning.

It may be difficult in reality. It may be that there are already games lost forever. But the lesson here is that we have to strive to preserve “All of them”.