The Legend of Zipang

Europeans have had a strong sentiment and respect for Eastern culture since ancient times. We listen enviously to the stories of friends who travel to Japan on vacation. The modesty and sensitivity of the Japanese were a breath of fresh air for boorish Europeans.

The legend of the golden Zipang had been known throughout the western culture since the beginning of the 16th century. But it wasn’t until the beginning of the 20th century, when the World Expo was held in Paris, that the popularity of Japan exploded. Famous artists like Manet and Van Gogh were mesmerized by Ukiyo-e, while Debussy and others were taken away by exotic melodies. The traditional arts of Japan, such as Ukiyo-e, Noh, and Kabuki, produced many fans amongst intellectuals of the late 19th and early 20th centuries. Even now, in the 21st century, many people are still being inspired by them. 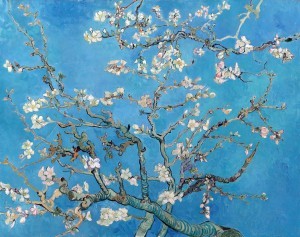 Now, a shamisen placed in front of a Japanese folding screen might make a pretty picture, but there are new aspects of Japanese culture that haven’t been introduced to France in this age of air travel. Yes, that would be anime.

The movie “Grendizer” aired in theaters around in 1978. This was when I was still a child. For whatever reason, the 3rd in the “Mazinger Z” series, which wasn’t even that popular in Japan, was a big hit in France. Even the tv series got aired almost immediately. And with that, the French dubbed version of “Grendizer” was available in the households all over France. Even I, who was a kindergartener then, got so absorbed in “Grendizer” I shouted out the names of Grendizer’s signature moves so much I had to be taught a lesson by my teacher. And actually, “Grendizer” had developed a cult following in France leading to the sales of the French-dubbed version of the movie theme reaching 1.35 million, one of the JASRAC(Japan’s music copyright group)’s best-selling records. By the way, “Grendizer” is known as “Goldorak” in France.

The popularity of “Grendizer” did not end there. Since “Grendizer” was popular, other works should have the same popularity. And so one after another, Japan’s anime series were dubbed and aired in France. “Candy Candy”, “Captain Harlock” and a variety of other series were among them. “Harlock” was especially popular enough that the creator, Reiji Matsumoto, became a famous figure in France. In fact, his fame sparked a collaboration with Daft Punk in “Interstellar 5555”. In addition to that, “The Mysterious Cities of Gold”, “Ulysses 31” and others were titles which were made in Japan, by request from France, for France airing.

The exporting of heroes and heroines popular with kids in Japan did not end there. It went so far as to include sentai titles that make you think “There’s no way people outside Japan would like this ! “. And yes, even those were big hits for some reason. “Choudenshi Bioman” still comes up as a topic, “Space Sheriff Gavan” was equally popular, “Message from Space: Galactic Wars” is known as “San Ku Kai” and enjoyed nation-wide popularity. 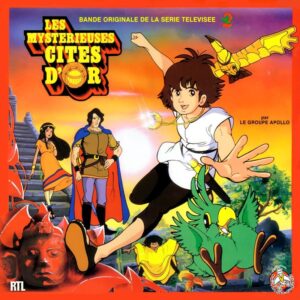 The Secret to a Hit is the Gaijin Perspective!

Just like how Manet and Van Gogh’s popularity began in France, so did the popularity of the new Japan craze of Showa era anime and sentai titles. There is one thing I would like to emphasize, that is the majority of “cultural exports” of Japan are actually the result of active and enthusiastic importing by the western cultures. These titles are not titles that the Japanese think would sell overseas. It is we, the “Gaijins”, who just thought they were interesting and decided to bring them over.

Today, Japan is using “Cool Japan” as a slogan to export its culture, but it is us, the consumers, the “Gaijins” who actually have an idea about what will sell. What the Japanese consider as “interesting” about Japan, may not necessarily equal to what foreigners consider as “interesting”. If we look at the lineup of anime hits post-1970, we can see that titles that were popular in Japan (Lupin the Third, or Osamu Tezuka’s works) did not get the same reception in Europe. It is those titles that were unpopular in Japan that somehow gained popularity.

The Japonism from a century ago also originated from pieces of Ukiyo-e, which sparked a craze regardless, even in spite of, the evaluation it received in Japan at the time. History repeats itself.

Parts of Culture to “Keep” or to “Discard”

From Ukiyo-e to anime, things that were not regarded that highly within Japan become objects of high-value as an expression of that which is Japanese upon arriving in Europe. This pattern has been repeated over centuries. Items that are generally discarded as things of no value in Japan which are in turn valued by Europeans and kept as art pieces are not uncommon.

Some Showa era anime series have disappeared from Japanese TV studios, whether it is to free up some space or save film costs, and when they want to republish it as DVDs or rerun it on TV, it seems they often reimport it from Europe. A culture that “Discards” used items and a culture which has a sense of duty in “Keep”ing old items, I feel that this might be the difference between Japan and Western cultures.
Europeans feel that anything that is made and enjoyed by people has to be respected and preserved. When one person recognizes something as art, then there is every reason to preserve it as a piece of art. Even if there is no consensus on the value of a piece of art, the act of preserving it for generations to come is essential. Old films, old paintings, and old buildings are all things that people in Europe have preserved over the centuries. These are now the power of the countries in the form of tourism and culture.

Japan replaces the old with the new, and as long as the majority does not identify the cultural value their creations, there will be no action taken to preserve them, especially the originals. The discarding, without mercy, of items that did not have a chance to be acknowledged, whether on its own or as a cultural symbol, is more common than it should be allowed.